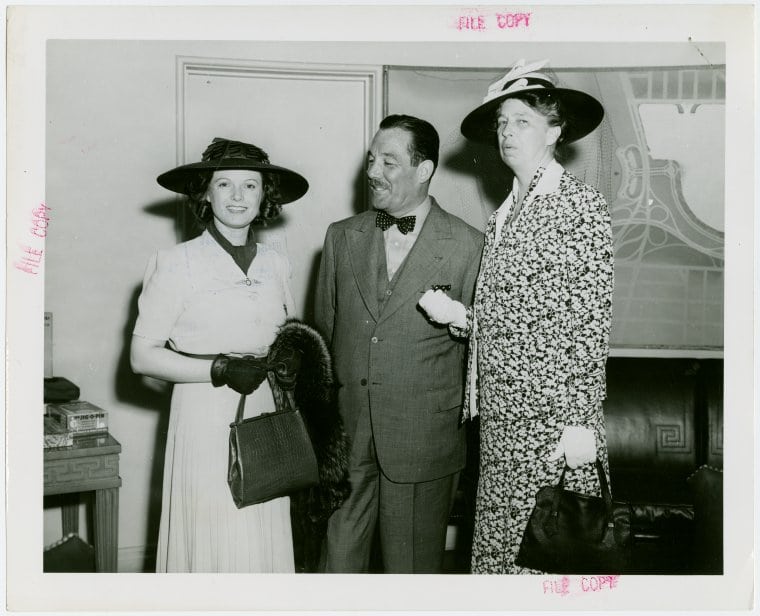 Just as women started to be identified as a separate interest group, and were beginning to be mobilized into the new Democratic coalition at the National level by Eleanor Roosevelt First Lady of the United States (1933–1945), Frances Perkins first woman to hold a U.S. cabinet post, and their women’s club allies, activism was also taking place at local level. In Berks County, PA a resident and well-known philanthropist and activist, by the name of Mary B. Archer, played a key role in organizing the very first group of women who would later become the Pennsylvania Federation of Democratic Women. The very first meeting took place at a conference in Reading in March 1927.

START OF A REVOLUTION

The very first president of the organization was Margaret Lavinia Perry a New Jersey native, who was an avid supporter of women’s voting rights. Prior to her appointment, Perry was elected as the civics department director of the Women’s Club of Easton, Pennsylvania where she helped the Women’s Club obtain their own voting machine for the upcoming Women’s Club elections. While acting as director of the Women’s Club, Perry also did work for the children’s diphtheria clinic. Perry was elected as the President of the Pennsylvania Federation of Democratic Women (PFDW) three times. As President of the PFDW, Perry presided over annual conventions and held elections on issues such as the eighteenth amendment (prohibition). Perry also served as a volunteer for the American Red Cross Chapter of Pennsylvania during the World War II.

In October of 1971 twenty-seven women gathered during the Democratic Women’s Leadership conference in Washington D.C. to begin work on forming the National Federation of Democratic Women. At this meeting, Rilla Moran was elected temporary chair and the group set May 1972, Nashville, Tennessee, as the first annual meeting. The National Federation of Democratic Women (NFDW) was established in 1972 as a means of supporting, training and preparing women for elective office in the D. C. Democratic Party; and for supporting the election of candidates at all levels of the Democratic Party. Rilla Moran, TN was elected the first President of the Federation at the May 1972 meeting and served until 1977 when Jean Ohm of South Dakota was elected President. At this convention, the women of the Federation established the Founders Internship for a young woman between the ages of 18 and 25 to work at the Democratic National Committee.

During the period 1972-1977, the Federation gained recognition from the Democratic National Committee as the official women’s organization and received a seat on the DNC Executive Committee and three seats on the DNC. Rilla Moran Woods, C. Delores Tucker, and Caroline Wilkins were instrumental in establishing this official recognition for NFDW through their work on the Charter Commission and the 1976 Convention Committee.

In 1976 during his acceptance speech at the Democratic National Convention Jimmy Carter credited the National Federation of Democratic Women for his run for president, and stated “In May of 1974, I made a speech in Omaha, Nebraska,” followed by,” and a little bit after that, three women drove all the way from Kansas down to Atlanta to ask me if I would run for President in 1976.” The women he referred to were Margaret Hobelman, Marie Vickers and their friend Harriet who were active members of the NFDW in Nebraska.

The Chester County Democratic Women’s Leadership Initiative (CCDWLI) held its first meeting immediately following the 2014 elections. When the largest number of female candidates in the Pennsylvania’s history ran for office. Fifty-five women ran for positions in U.S. Congress, the Pennsylvania Senate and the Pennsylvania House of Representatives, and not a single candidate won. In response, the CCDWLI was formed by small group of Chester County Women who were determined to enact change. In just three short years the CCDWLI has been able to contribute $13,250 to candidates running for office, award 4 scholarships to young women active in their local Democratic parties, organize a group of women to attend the women’s march on DC in 2017 as well as host events with prominent nationally recognized Democratic leaders such as Labor Leader and Activist Lilly Ledbetter, the namesake of the Lilly Ledbetter Fair Pay Act of 2007, Women’s Health Advocate, Senator Wendy Davis, who waged an incredible 11 hour filibuster in Texas to combat a debilitating women’s health care bill, and Second Lady of the United States Dr. Jill Biden.

1926
Mary B. Archer organizes the first meeting of Pennsylvania women at the conference in Reading

1971
27 Women meet to organize the National Federation of Democratic Women.

1976
Federation gains recognition from the Democratic National Committee as the official women’s organization and receives a seat on the DNC Executive Committee and three seats on the DNC.

First Lady of the United States